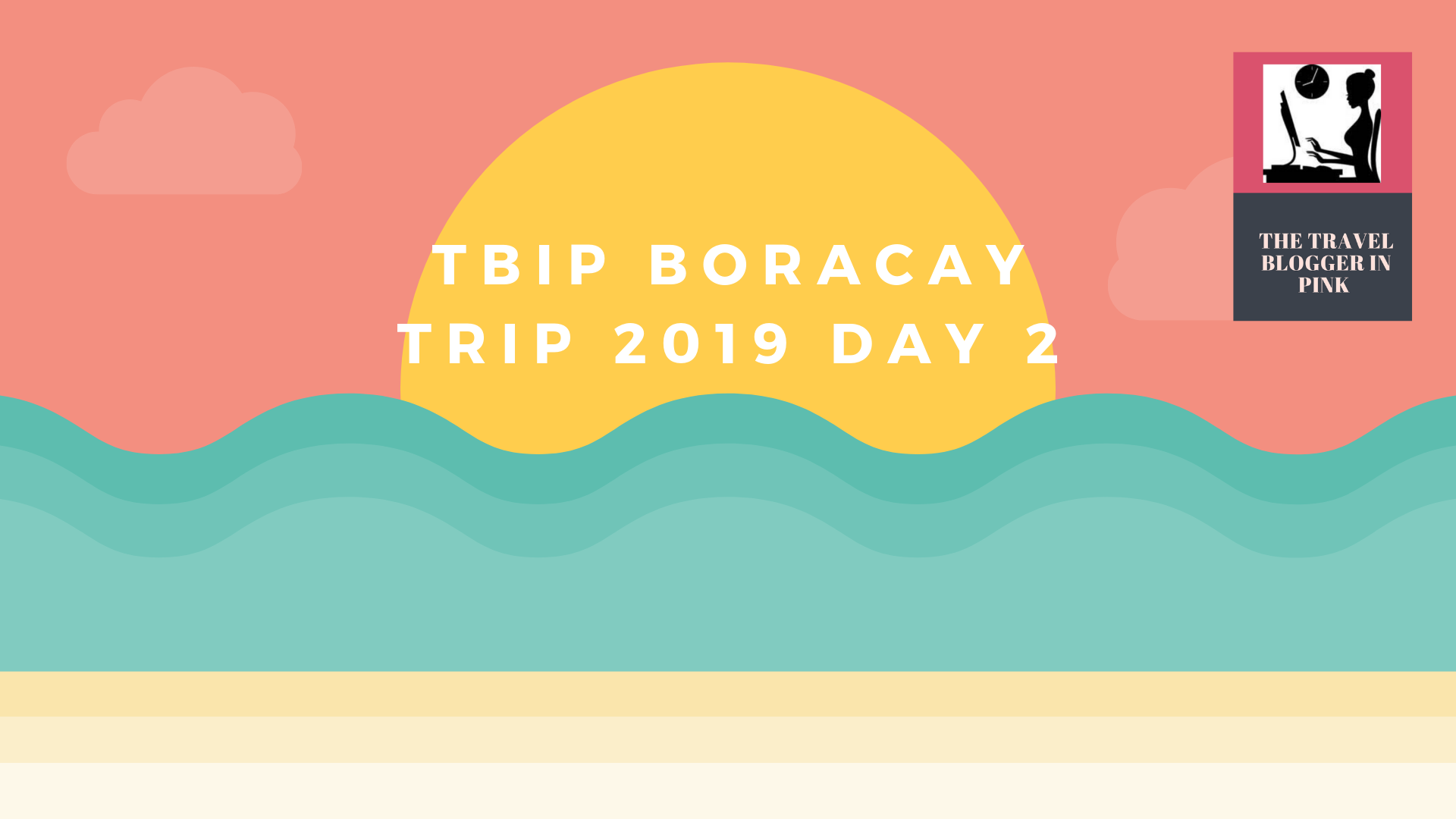 This BORACAY trip was intended primarily for a special event, which was the renewal of our vows. I surprised hubby with this, in connivance with my family for almost a year and a half. We had lots of changes– the original plan of having a beachfront wedding at Estacio Uno; then, I coordinated with Mama’s Fish House because I had to cut down expenses. We have decided to have an intimate renewal of vows since hubby’s relatives can’t join us. Finally, with the help of Ms. Mariel of BPHT, I thought of having our renewal of vows on a boat. Yey! In this post, I will share what happened in our Boracay 2019 Day 2 vacation. Ever since we visited Boracay for the first time in 2011, we always make it a point to visit or have a picture with this Gorilla. Since we stayed in Ambassador in Paradise for three days and two nights, we were free to have pictorial with this celebrity, hehehe! After a tiring day the previous day, we woke up before 6 am. We had the traditional morning walk just near Willy’s Rock. We headed to Al Fresco Restaurant for the breakfast buffet at 6:30 am.

Hubby went out first to return the towels we borrowed the previous night. I wondered why he has not come back yet, so I decided to find out. I was right with my instinct that he had encountered a problem. He returned five towels, but he only got three towel cards. The staff told him that the two other cards were missing! When I heard that, I thought we would have a problem checking out because one missing towel card costs P1,600. That would mean we would pay P3,200. If they would ask us to pay for the lost cards, I would complain because we have returned five towels. It was not our problem if they have lost the two cards. The staff assured us that they would report the incident. That was less burden on our part because we were about to celebrate a significant event on that day.

I didn’t want to ruin our special day, so we filled our tummies with great food. I was super satisfied with our breakfast. Being a very picky eater, it means the restaurant did an excellent job because I was pleased)— Hubby and I had a heavy meal because we knew that we would have a late lunch.

While I was taking a shower, hubby left to buy food at Andok’s for the other family members. We didn’t have our lunch yet because we were still full at that time. We decided to leave my father and youngest kid in the room. We already have anticipated the scenario. There would be a senior citizen complaining about the long walk and joint pains and a hyper kid who would run, jump and roll on the floor. So only the two kids went with us in that event. I really couldn’t wear the white wedding gown because I wasn’t able to press it. I just chose an off-shoulder light pink glittery dress that I would wear supposedly in the reception. Hubby also didn’t want to get too much attention. He knew we are going to walk in Station 1 in front of Astoria and wait for the boat to dock. If only I had pressed the gown the day before, I won’t mind the attention that we would be getting (hi hi hi!)

For the makeup, I settled for the simple and natural look. I didn’t like wearing heavy makeup. That would be a problem if I decide to swim after the event. After applying the sunblock and day cream, I just put a little foundation and pressed powder with very light coral blush, bronzer, and highlighter. Special thanks to Anne Viray for the makeup tips! I also didn’t style my hair- just sprayed it with Tresemme Hair Spray for the sides and just combed it.

We arrived at the pick up point (in front of Astoria) before 11am.  After few minutes, Mark and Ms Mariel of BPHT arrived and I received my bouquet of pink and white roses.

It was my first time to meet Ms Mariel in person though I coordinated with her a lot of times. She took care of our roundtrip transfers since 2016 through phone or email.  They decorated the boat with white and pink organza fabric and combination of red and white roses.   After few minutes, Pastor Angelo and Pastor Peter arrived. We have chosen to dock in a quiet spot at Puka Beach for the ceremony.

(For the complete details about our renewal of vows, you may check the updates here in my site or YouTube channel.)

After the ceremony, we dropped Pastor Angelo and Pastor Peter in Puka Beach,. We have decided to swim since we have plenty of time left. Part of our itinerary was the Ilig-Iligan Beach. While we were in the boat on the way to that beach, we have changed to rash guards so we can have our afternoon swim. As soon as the boat has docked, to our surprise, two police officers approached the boatmen. We have already sensed that we were in trouble.

Hmmm! We were in trouble! (Self-check: Have we violated the rules? ) As far as I know, BPHT has included it in our itinerary. They were not aware that docking and swimming there was not allowed. I called Ms. Mariel, and she informed me that they didn’t know about this yet. Of course, if they already know that it’s not permitted to dock there, why would they include it in the itinerary? One of the policemen went to our boat to get our IDs for the police report. That was something that I can’t forget. After the renewal of vows, we should have enjoyed it, but it turned out to be a TOTAL DISASTER. We were not able to use the remaining hours for the island hopping. We rented the boat for four hours. We didn’t blame the boatmen nor BPHT because nobody wanted this to happen. They fined the boat provider P11,000, and they also held the boat. They dropped us to Station 1, where they picked us up because they will go to the jetty port. In the video below, you will see that the two policemen were with us in the boat.

After the incident, we just went back to the hotel to rest and have lunch.  After that, we headed to the beach for the afternoon swim.  We gave the remaining hours and days for the kids to enjoy.

After the afternoon swim and gazing at the adorable sunset, we went to the pool for another round of swimming.  Just like what hubby said, this vacation is not just for the two of us. It’s for the kids to enjoy 🙂

One thing that I have learned from this incident is not to freak out or overreact. Even the policemen who got our IDs for verification was calm in talking with the boatmen and us. I think there was just a misunderstanding, but they should have listened and spared them. Nobody wanted this to happen; that’s why I didn’t blame anyone for this. I just accepted what happened and enjoyed the rest of the day.

We also thought that we were still lucky. Before the ceremony, the boatmen asked if we wanted to have our renewal of vows in Ilig-Iligan Beach or Puka Beach. We just chose the latter, and we were glad we did because if not, we wouldn’t have renewed our vows that day.

2. Another lesson was not to expect too much. Because Ambassador in Paradise was categorized as a five-star hotel, I expected the same service and special treatment like what we have experienced in Edsa Shangri-la, and Discovery Shores Boracay. I thought they would give us a small surprise as well.

3.  No matter what happened to you, all you can cling to is your family. You need to value the time that you have with them.  At the end of the day, before going to sleep, I thought of the vows that we have exchanged.  We didn’t have the time to write our vows so we just did it on the spot.  Hubby said he’s not that showy of his feelings but he did not leave me especially when I need someone to be with.  He already proved it to me a lot of times. Exchanging the vows in front of our children is something that I would cherish until my last breath.

Despite of what happened, I would like to thank Ms. Mariel of BPHT for helping me out with this idea.  I just spent less than 20k for the intimate renewal of vows ceremony on a boat.  There was no special dinner because of what happened.  Of course, if you wanted to upgrade like hiring a make up artist, have the ceremony in the beachfront and set up a special dinner for your guests, it would cost more.  Let me tell you more how I renewed our vows on a budget in a separate blog post.

You can watch my vlog here.

We had our renewal of vows here. 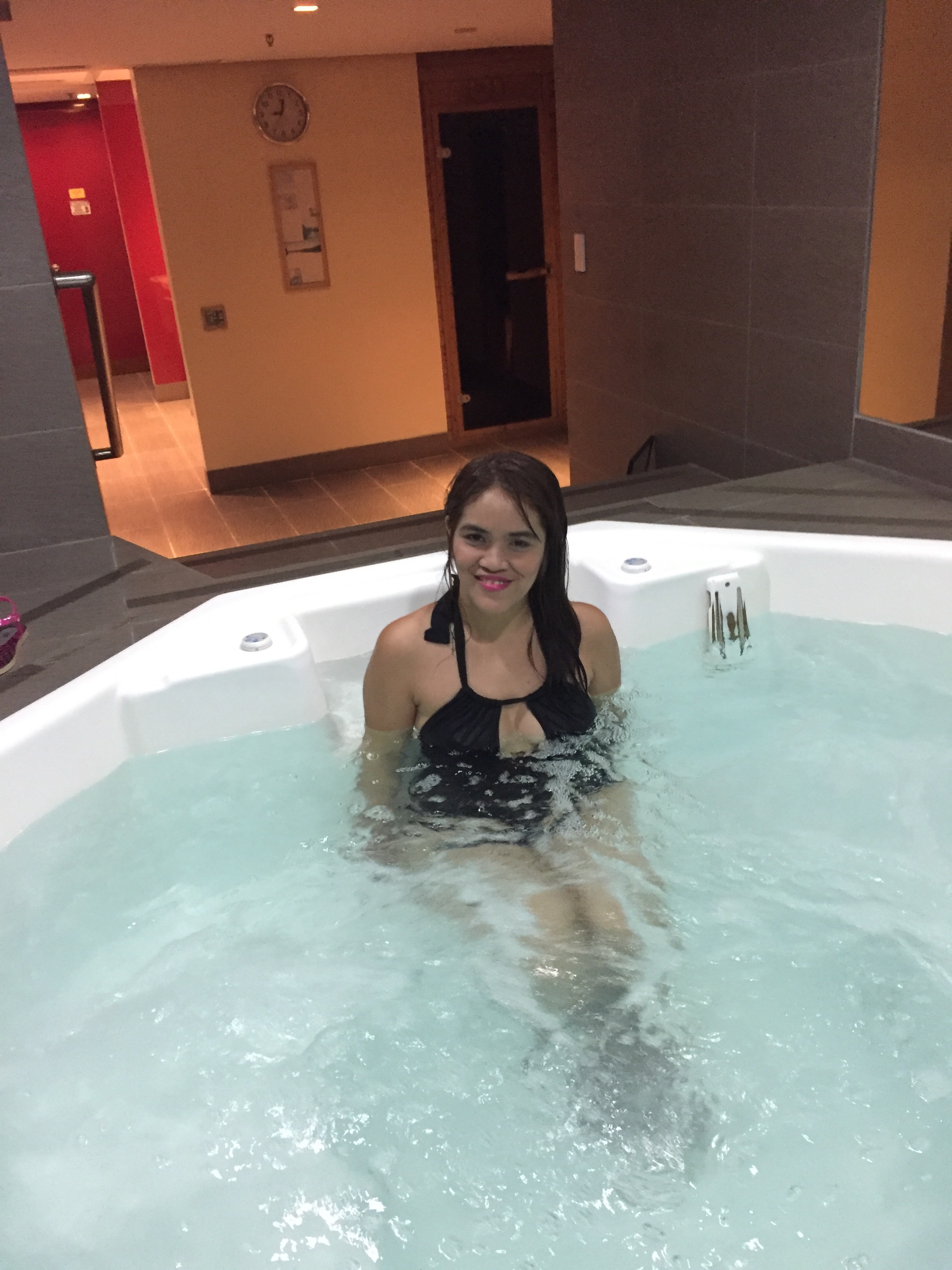 One of my planned activities in my stay in Discovery Suites is to use their fitness center.  It’s a good thing I have managed to squeeze the time for that 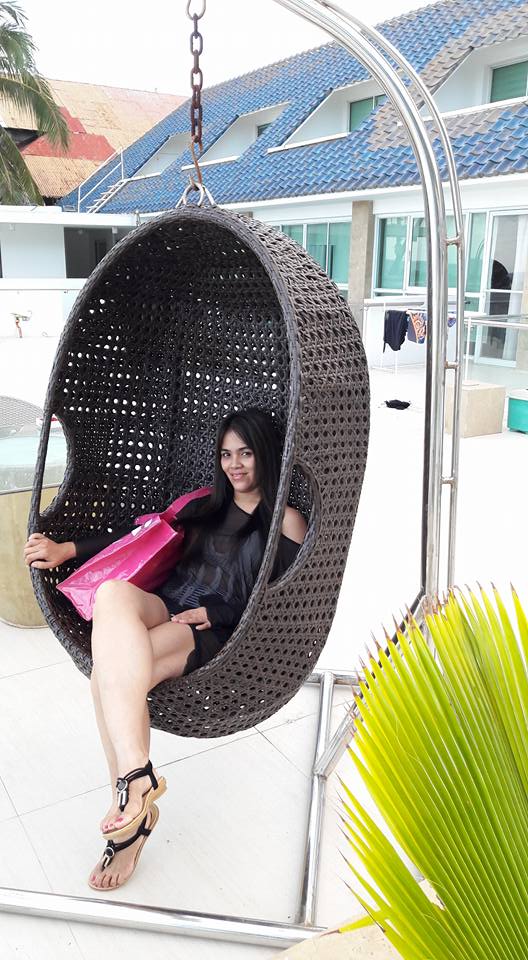 Day 2 in Estacio Uno:  After a relaxing and sleeping well in our seaside suite,  I heated water in the electric pot for our coffee