Yey!  And so, I was able to take a sneak peek of paradise before Boracay will close on the 26th.  Though I’ve been to Boracay Island many times already, the excitement is just the same as my first visit.

How to use the  life vest demonstration

I knew that we had to leave before 6am that’s why I prebooked our in-flight meals.  Our booking includes 20kg baggage allowance and value pack meal.

We didn’t expect to arrive early because all the time we have experienced delayed flights.

As soon as our plane landed, I texted Ms. Mariel of BPHT Booking Services and informed her that we were already there.  To my surprise, Ms. Joy of BPHT was already waving at me, holding a placard with my name in it.   Hmmm… that was impressive and so far, everything went well.

She ushered us to the Fairways van and we traveled from the airport to the Caticlan Jetty Port.  She bought tickets for us and assisted us with our luggage suntil we reached the Cagban Port and transferred to another van.   Everything was perfect until we arrived in the resort.

The Fairways shuttle dropped us to the Veranda Lobby where guests check in and out.  I approached Ms. Dindin, one of the Front Desk officers in the hotel and she was asking for my voucher.  Unfortunately, I wasn’t able to present one because Booking.com cancelled my reservation due to the Boracay closure.  I received an email from Booking.com saying that it is impossible for them to send a new voucher because the reservation was already cancelled.  I called the resort and they assured me that I won’t be encountering a problem since the changes regarding the date of my reservation was already in the system.  Ms. Dindin verified that thing to the Reservations Department and after few minutes, she told me that reservations is already putting my booking into their system.    Good thing, Ms. Joy was there to give me company while waiting.  She could have left already when we reached Fairways but she patiently waited until we checked in.  Thank you so much, BPHT!

Since it was only past 11am, we just left our luggage to the luggage room.  After we got our luggage stubs, we went to the Ventana pool area and we ordered pizza while charging our mobile phones.  We loved the view and we had a short photo session while waiting for 2pm.

We definitely fell in love with the breathtaking view and we couldn’t wait to hit the beach and to have our swim in their inviting pools.

We waited for the shuttle service to drop us to the Veranda lobby.

We were assigned to room 17101 at Villa Riviera–a spacious one bedroom suite.  (A separate blog post will be written to feature our assigned suite.)  I was quite disappointed because our room was located in the basement.  We wanted a poolside room and the one with veranda in the upper floors, but we couldn’t do anything but to accept the fact that the hotel was already fully booked.

Because we were exhausted, we decided to rest for two hours and get ready for an afternoon swim.   While hubby was taking a nap, my daughter Shane asked me if I wanted coffee.  How sweet it was when she prepared a cup of coffee for me.

There is a shuttle service that will transport you the different places inside the property or to the D’Mall.  We waited for a while and a security officer approached us and asked where we wanted to go.  The driver dropped us to Paradise Cove.

The nice thing about Fairways is that they have their own private beach.  If you don’t like to go to White Beach, just ask the security officer to call a shuttle to drive you to Paradise Cove and ta-da!— in just a matter of minutes, you are already in their main beach.  They have lounge chairs for their guests, so you can relax while watching the sea.  The only thing that I have noticed, though the sand is white, it’s not as fine as they have in the White Beach.  Also, when we had our afternoon swim, my feet was hurt because there were lots of small rocks and shells under the water.

We decided to go back to the Ventana pool and we also tried the Hideaway Jacuzzi because it seemed nice in the photo and there was nobody using it at that time, but after finding out that the water was dirty, we transferred to the Ventana pool.  Eeew!  We felt like we were going to have a skin disease as my skin was becoming itchy already.

We brought dry clothes with us because we wanted to go to D’Mall and have dinner there.

The beachfront was not as jampacked as it used to be– Yes, there were still tourists who visited the island but foreigners dominated the number, particularly Koreans and Chinese.  Boracay, despite of its present state remains to be my number one summer favorite destination.

We bought groceries at the Budget Mart, where the Fairways shuttle arrives every 30 minutes to pick up the guests.

We slept early because we had planned activities the following day.  Watch out for my next post featuring those activities. 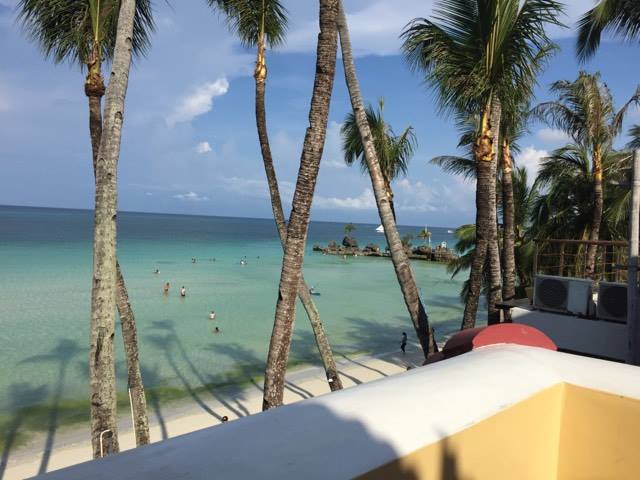 Hello, everyone!  It’s been a while since I’ve posted.  Everything happened so fast that I couldn’t figure out anymore what to do first.  It’s only few more days before our 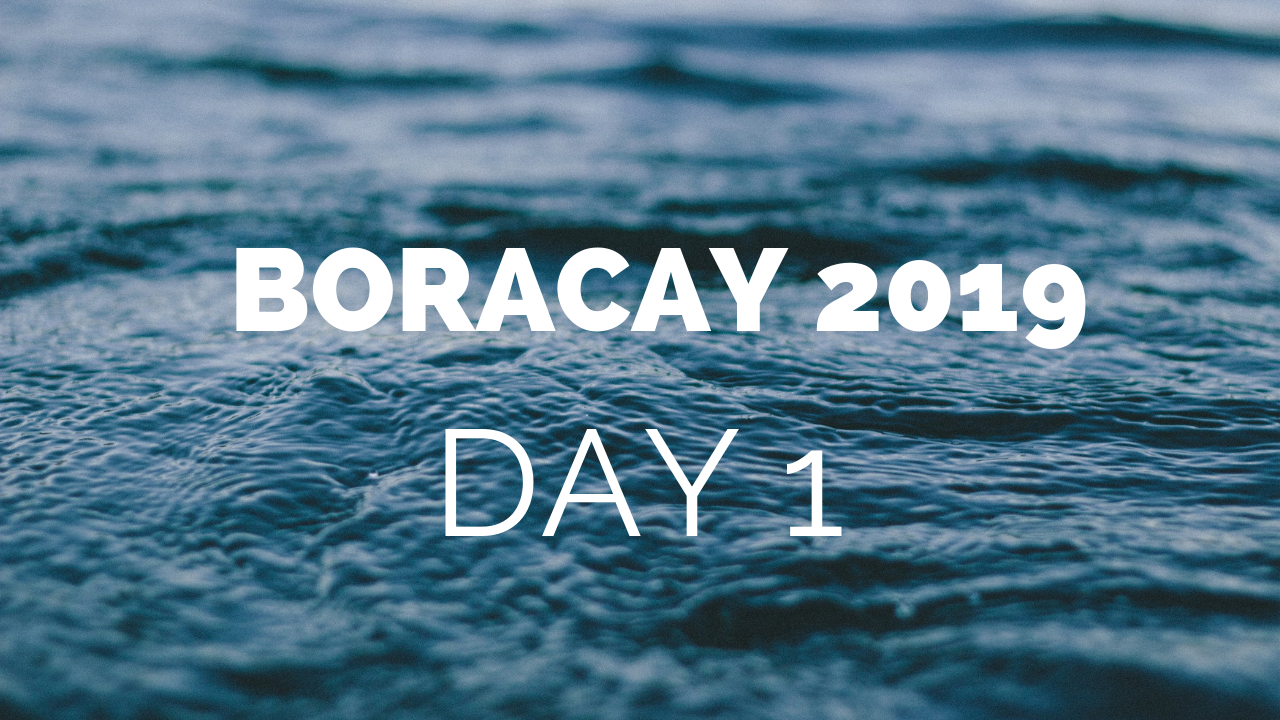