My Boracay 2018 Shut Down Experience

Hello, everyone!  It’s been a while since I’ve posted.  Everything happened so fast that I couldn’t figure out anymore what to do first.  It’s only few more days before our scheduled trip to Boracay, but unfortunately I will see Boracay after a year instead.  It was Wednesday evening when I received an email from the Philippine Airlines that my two of the flights I booked with them  (my father and kids’ flight) would be adjusted.  Instead of going back from Caticlan to Manila on the 1st of May, it would be on the 2nd.  I accepted the adjustment.  The same evening, I received another email from PAL that our flight has been cancelled. I called PAL customer service and the agent was apologetic and informed me that they had to cancel our flight because it has something to do with the Boracay closure issue.  I just asked for a full refund and it was processed in few minutes.  According to the agent, I had to wait for an email about the full details regarding our refund.

I called Fairways and Bluewater and inquired about the Boracay closure issue and asked for a possible refund just in case the island would be closed.  The receptionist told me that in that case, they won’t give a refund but it is possible to have it rebooked.  I was also assured that as of the moment (while I was speaking to the receptionist), there was no formal instructions for them to close though the other establishments have already closed because they did not comply with the government’s order.  I was quite relieved but because I was still alarmed that we didn’t have a flight yet from Manila to Kalibo, I called Air Asia before I decided to book a flight because PAL cancelled my flight.  According to the agent, there was no announcement yet from the government so I can still book and if ever there will be an announcement, they will update me about possible refund/rebooking.  After few minutes, I booked our flight via Airasia.

After getting my new flight details with Airasia, I texted Ms. Mariel from BPHT.  She called to clear and confirm about the flight details and island hopping activity and she sent the updated voucher after our conversation.  I thought there will be no problem but my hubby woke me up at 3am only to show me a link in Facebook about the government’s decision to close Boracay for 6 months.  At first, I couldn’t believe it.  What happened to the one month notice they were talking about?  They have informed the people before that if the President would announce the Boracay closure on April 5, 2018, its effectivity would be May 5, 2018; therefore our trip won’t be affected because our supposed trip is April 29 to May 4, 2018.  I was confident because of that one month notice, and until now I still couldn’t believe I am experiencing this.

Luckily, yesterday morning, I got an email from Agoda Customer Service to inform me that my booking with them was cancelled because of the Boracay closure.  I didn’t have to worry about that anymore.

I know that the government has done their part and even though they coordinated with the airlines to give us options (to get a full refund, reroute or move flight), still it has caused a big problem.  I’ve been trying to call Airasia yesterday but I couldn’t get through the line.  I was planning to reroute our flight to Palawan on the 29th but after my conversation with hubby, I decided to move the flight to April and May 2019 instead so I don’t have to worry about our trip next year.  Another thing is it is PEAK SEASON now and I only have few days to make my hotel bookings.  Most of the hotels are already fully booked and since I already paid Fairways with the full amount, I don’t have a budget anymore with another hotel booking.

After we had our breakfast this morning, I called PAL customer service and somebody answered my call in just less than five minutes. I was very thankful that the agent patiently answered my queries, cancelled the flights  and processed my refund for 2 more flights and I even followed up the refund of my cancelled flight last Wednesday.  So, mission accomplished for PAL but it took me 55 minutes for the Air Asia customer service call.  It took them 30  minutes to answer my call,  They put me on hold then processed my request for almost 30 minutes.  It was successful though and the confirmation email was sent to me for our April 29, 2019 flight from Manila to Kalibo.  They haven’t sent me yet the confirmation for May 4, 2019 for Caticlan to Manila flight.

Just few minutes ago, I just got off the phone and called Fairways & Bluewater and requested them to rebook our reservation to April 29 to May 1, 2019 and I am glad that they are processing that already.

I only have ONE BIG PROBLEM and because of this Boracay shut down, I am having difficulty in looking for a place to spend our family vacation.  So, we re not going to fly to far destinations this summer– we are actually thinking of having our vacay in nearer places instead.  Almost all the decent resorts in Batangas are already fully booked.  So, what do I now?  I’ve been searching for beachfront hotels/resorts in Calatagan, Batangas that suits my taste but it was unsuccessful.  I am looking forward to go to the beach this summer but it looks like we have a serious problem here.  I hope not to end up having staycations instead:-(

Whether we admit it or not, this Boracay closure has caused a problem not only to tourists like me, but to the business owners and workers as well.  We are hoping that this sacrifice would have a favorable result.  See you Boracay in 2019.

2 thought on “My Boracay 2018 Shut Down Experience” 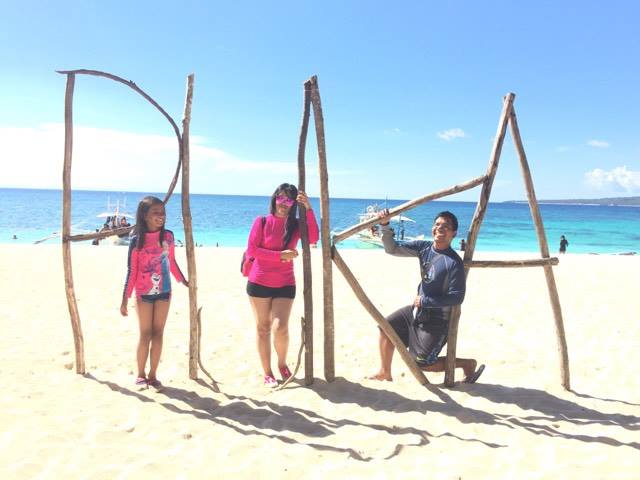 Our Boracay 2017 Getaway is the best that I had ever because I carefully planned about it.  I  scheduled the Boracay activities on our 3rd day because I wanted to have